What is going on in Amsterdam is a well documented topic when it comes to electronic music. What secretes are left then? - Kamma and Masalo.

Four years ago we published an interview with Kamma. It was one of the first published on this website. One could talk about a lucky coincidence or call it destiny, because her career grew rapidly.

With her on this journey is her soulmate Masalo. He just announced a two track EP on Rush Hour and has a big bag full of tracks only waiting to be released. In this interview during this years Amsterdam Dance Event (ADE) they tell us about the joined musical journey they are walking and of course there will be some references to four years ago which brings some interesting developments to light.

Which are your main projects at the moment?

Masalo: I would say, finishing this very nice plate with Quesadillas.

Kamma: After this ADE I think I'm going to sleep as much as I can. I'll also have to do some housework because of ADE it's a total mess at the moment. After bringing everything in order I'll focus on making music again.

You started making music yourself?

Kamma: Yes! By the time we talked to each other the first time I was already ready to start. Since then, I intensified making music although I haven't released anything yet.

Masalo: More gigs are coming in now, so I'm working on finding the right balance between producing, digging and playing music.

Kamma: What Masalo says will be a big challenge for both of us.

Masalo: But in the end it goes in a really nice direction. It's what we do full-time. My aim at the moment is to produce as much as possible to be prepared when there is not so much time left for producing.

You do a lot of projects together like DJing. But producing you do separately? Why?

Kamma: That's right. Making music is an internal process. In the first place, you have your own vision about how you want to do things. I could imagine when we both finish our solo stuff and feel commutable with our music our self we can make music together, as a further step.

Masalo: We already did some music production together besides DJing. But like DJing together, it should grow naturally. There was no pre-mapped plan. We even never intended to DJ together.

Kamma: There was definitely not. Sharing the booth with another person can be nice, but it's still a totally different vibe than playing solo.

Masalo: Playing with Kamma means we have to sync two brains, moods and mindsets. We enjoy this process and feel that we create something different than playing solo. This mind-set should be the same when it comes to producing. So who knows.

Now a question for each of you. Masalo, how would you describe Kamma's track selection and DJ-style?

Masalo: Kamma can read the crowd really well and at the same time read the musical journey we are doing at the moment. She really sees it through. I'm a bit more unpredictable sometimes but I learned a lot from her when it comes to this.

Kamma, how would you describe Masalo's style?

Kamma: That's a good one. I have to grab a coffee before I answer it.

We can come back to this one later.

Masalo: I'll keep talking about you while you are gone.

Kamma: Please do! I can read everything afterwards.

Masalo: Without joking. Her track selection is so on point most of the time. A real gift. Of course we also make mistakes sometimes.

You mean to play a track which kills the vibe or leads in a direction you didn't want to go?

Masalo: Exactly. It can happen that I'm not sure in which direction to go and I'm like: Go on Kamma, I'll follow you.

It has to be like this. One has to lead the direction until both know the path.

Masalo: You have to trust your partner. Otherwise you end up playing against each other.

Kamma: This situation not to know what the other is playing next also gives you new energy - because it challenges you.

It's also what makes playing back to back so interesting. When you play alone you often don't take the same risks. In a B2B you are forced to take them.

Kamma: Yes indeed. I would say that too.

Masalo: We aim to keep the flow while we constantly switch between two brains, two styles and two tastes. At the same time we take risks to evoke even more emotions on the dancefloor. Finding that balance is key.

Kamma, I prepared some questions which refer to the interview we did four years ago. Since then you started playing gigs on big festival stages - Dimensions just to name one. What feeling do you have about these changes?

Kamma: It's cool and super exciting. When I look back now, I'm really glad things came out the way they did. But I have to say, although four years is a long time everything happened quite fast.

Masalo: A lot has happened but at the same time things have not changed a lot. We still have the same spirit in finding new music and playing it out.

Kamma: It can be on a big stage at Dimensions or a small room with maybe 30 people. So happened in Japan not long ago and the experience was crazy.

Four years ago we talked about the music scene in Amsterdam. It was short after the closing of Trouw, which was a very important club for the city. How do you look on what's going on now?

Kamma: Amsterdam is getting really divers musically. A lot of cool things are happening now. After the closing of Trouw we felt that we missed a bit of warmth in the clubs. So, we are really content when Claire opened her doors. They are programming more towards to warmer spectrum of electronic music which I felt was needed in Amsterdam.

In the last interview four years ago, I asked you about something you dislike and you told me that you hate pessimist people. Did this change?

Kamma: Hm, I think nowadays I hate something else (laughs). I'm a pessimist myself sometimes, that's why I have to be careful with statements like this. What's disturbing for me now is the consumption society, where it's all about fast fashion, fast food and less about humanity and the wellbeing of our planet. And of course there is the social media game. .

Do you see this applied to the electronic music scene?

Kamma: A little bit. The social media game is really important these days. To me it feels like something I «have» to do but it's not that I want to be on Instagram everyday. I'm not sure if it's a good or healthy thing.

Masalo: I can be beneficial and gratifying and at the same time distracting and distorting. For example, if you post a picture it works better than if you post a link with a new production or mix you’ve put your soul into. That's how the algorithms work and this is causing more damage than we realise. Because it’s focused on instant-gratification we lose going into deeper territories.

Kamma: Yes, in a world where everything is constantly available we have to work against it. Within 24 hours the book you ordered will be placed at your front door. That's insane, right?

Masalo: We are used to that and it's the same with music. We should break that cycle and learn to be patient again. We invite people to go to clubs, the place where new music is played and where it belongs to.

Talking about patience, you told me about this EP - which is released on Rush Hour just now - one year ago already.

Masalo: That's true. But I actually like this aspect. Everything is coming out so fast and when you release a track it's pretty much gone the moment it appears. With the Rush Hour release we have a really nice build up. Tracks need time to grow in the clubs and Antal has been really supportive in that. For example, giving feedback after he played it or don’t mention anything at all and just play it when we are at a gig. This results in the most honest response. One night he surprised me by playing one of the tracks and we both saw the crowd going crazy. In this moment we knew: Yes this shit is dope.

Kamma, please let us come back to the question I asked you before you left to order some coffee. What is it that Masalo brings into your DJ-set, when you play together?

Kamma: His selection can be really powerful and also the way he's mixing it together. Another characteristic is, that he can unexpectedly changes the direction we are going. He’s really bad at time-management though!

How are you planning your future. Any bigger changes planned?

Masalo: I think we are sticking to the direction we are going right now. Enjoying the ride and getting better at time-management! 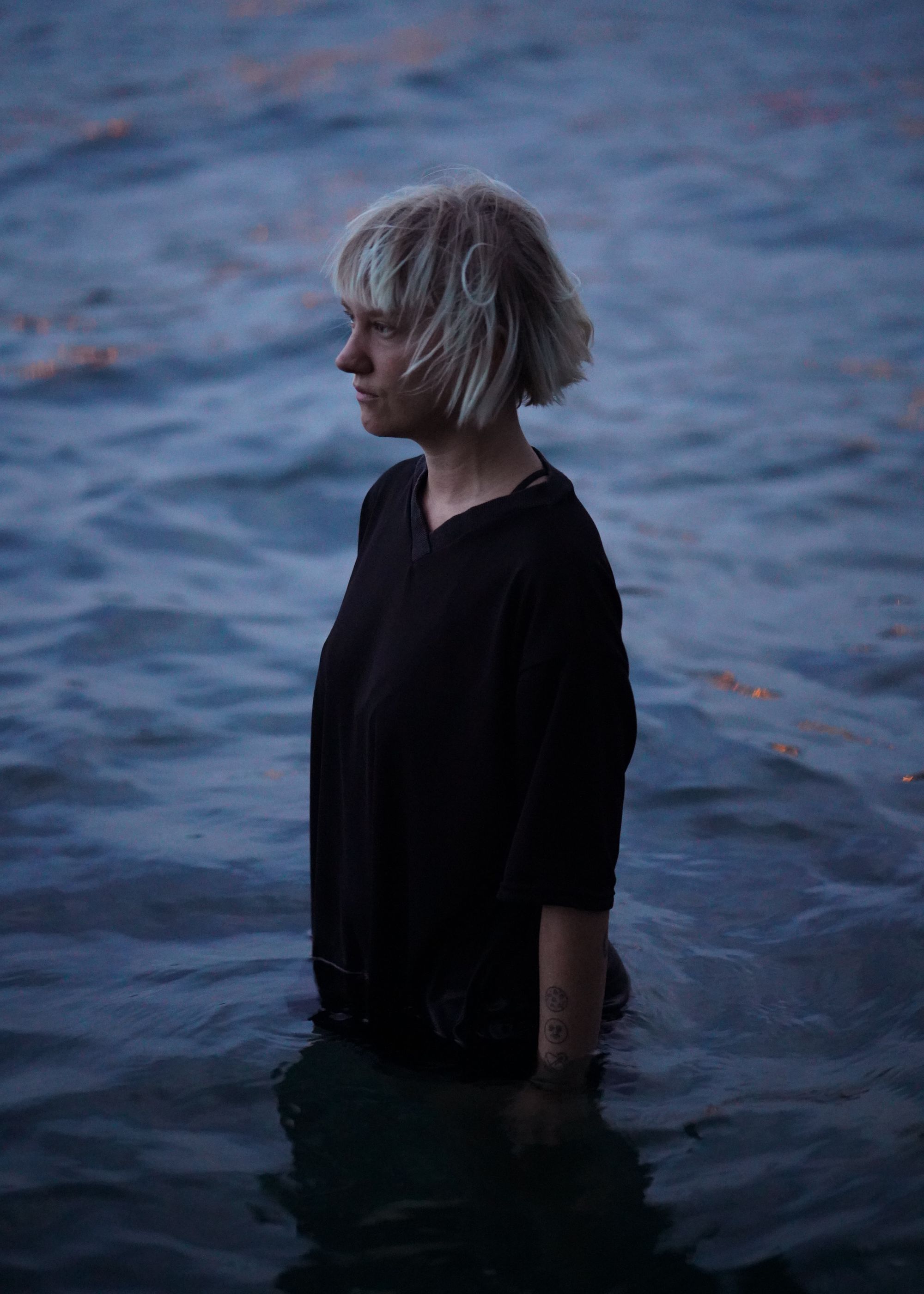