Amsterdam. This beautiful dutch city is home to some of the best musicians, DJ's and clubs in electronic music around. One of those people is Laura. As a rebel we all were when we're young, she originally didn't want to do what her parents did... but after her studies she went into music and DJing. To say, Laura grew up with music is fairly an understatement, because both of her parents were DJ's and their home is packed with Vinyl. But the most surprising thing about her parents is, they didn't DJ because it was cool (like most kids today), they did it to make a living.

In her rebel phase, Laura searched for her own way, began to study, graduated, but changed to music after all. She founded an event organisation called "Brighter Days", which moved in Amsterdam's underground with an eye for quality bookings and always assured a great sound system.

With the possibility of getting her hands on an incredible collection of music from her parents and the right feeling for good music, the question why she didn't DJ herself came up rather quickly. Shortly after questioning, Laura gets booked for her first gigs in Ibiza where she played in bars and clubs. How amazing is that?

I met with Laura for coffee at the Volkshotel a little outside the city center and asked her about Amsterdam, her music and her doings in general.

I've listened to your mixtapes and I'm in love with your music selection! How would you describe your taste in music? Especially the music you play to people?

Laura: You came up with the word ‘organic’ when you listened to my mixtapes and I think that captures my sound perfectly! If i need to describe it, I would say my style is eclectic. I don't like to talk in genres that much, but more in a feeling or an emotion. I love the dreamy vibes, cosmic elements and lots of percussion. Therefore I called a recent mixtape my “Cosmic Jungle mix” :) When I play for a crowd I love to create a contrast with sounds and emotions. From deep and dark to happiness and light.

As a listener I really like contrasts, because dancing 2 hours to dark music isn't that fun to me. You organise parties yourself right? If you had the possibility to book 3 acts, and I mean any acts, which ones would you pick for a festival?

Laura: This question is the best! Without a doubt: Ron Trent, Joe Claussell and Larry Heard. Three of my biggest inspirations. They are all great producers AND true Djs. Their sound and their feeling in music is so sensitive and powerful at the same time. I can talk all day about why I like them so much, but I don't want to bother you with that.
By the way, I’m not sure if Larry Heard could play, because he had his last gig in 2011 as far as I know. They say he wants to save his ears and focusing on producing. If he can’t play and I have to replace him with another DJ I'll pick Lil Louis! He is so forward-thinking in his productions and his sets. And if I'd have magic super powers I'd like to add Larry Levan as well. And if I could pick my own sound system, it would be that from the Paradise Garage ;)

Wow I'd surely attend this festival. All these DJ's you spoke about, are responsible for the raise of early house-music scene and they are still DJ's you can identify with. You like to play with vinyl as far as I know, as a collector I'd really like to know what was the last record you bought?

Laura: That was one from Murk records! Coral Way Chiefs - Release Myself. I love the basic elements in it with that deep dreamy vocal.

You can hear the dreaminess very well! Now let's imagine you could write about something that troubles or annoys you in a newspaper, about what would you write? Before you said you'd like to do something about the general pessimism in this world. How would you solve that issue?

Laura: Well I don't want to specifically counteract the general pessimism, but your question was something in the direction of ‘if you have to write an article about something you hate, what would it be’. I respond to that by saying that I'm sick of all those negativism in the world. Starting with my Facebook timeline that is full of bullshit about those simple daily problems, like the weather conditions or public transport delays. The narrow-minded spirits with an unbalanced opinion. Of course it feels good to just whine sometimes, but please try to keep it for yourself and your close ones, instead of sharing it on social media or at a birthday party.
But to be honest I don't like this question and I don't want to keep bullshitting about this. I rather just stay far away from those glass-is-half-empty-people and listen to good music!

I think good music is a good keyword. In your opinion, is there anything missing in Amsterdam in terms of music?

Laura: Surely Trouw. This club was right across the street from here. Unfortunately it had to close recently. Ever since Trouw was closed, the city is missing a place with a good sound system and a reputation all around the world. A good club with some culture behind it is surely missing. A club that would provide a home, especially for all the great artists in this city.

What makes a club great and under which circumstances do you like to play in a club?

Laura: I really like clubs with intimacy on the dancefloor. It doesn't need much people for that, maybe a 100 oder 200 max. But the single most important thing is the sound system. For me, the way in which the music gets transferred to the dancers is the single most important thing. Now in winter we can't find these suitable places in contrary to the warmer times in Amsterdam. In summer, when there are festivals and open-air parties we don't need clubs. And there is nothing more beautiful than playing outside! 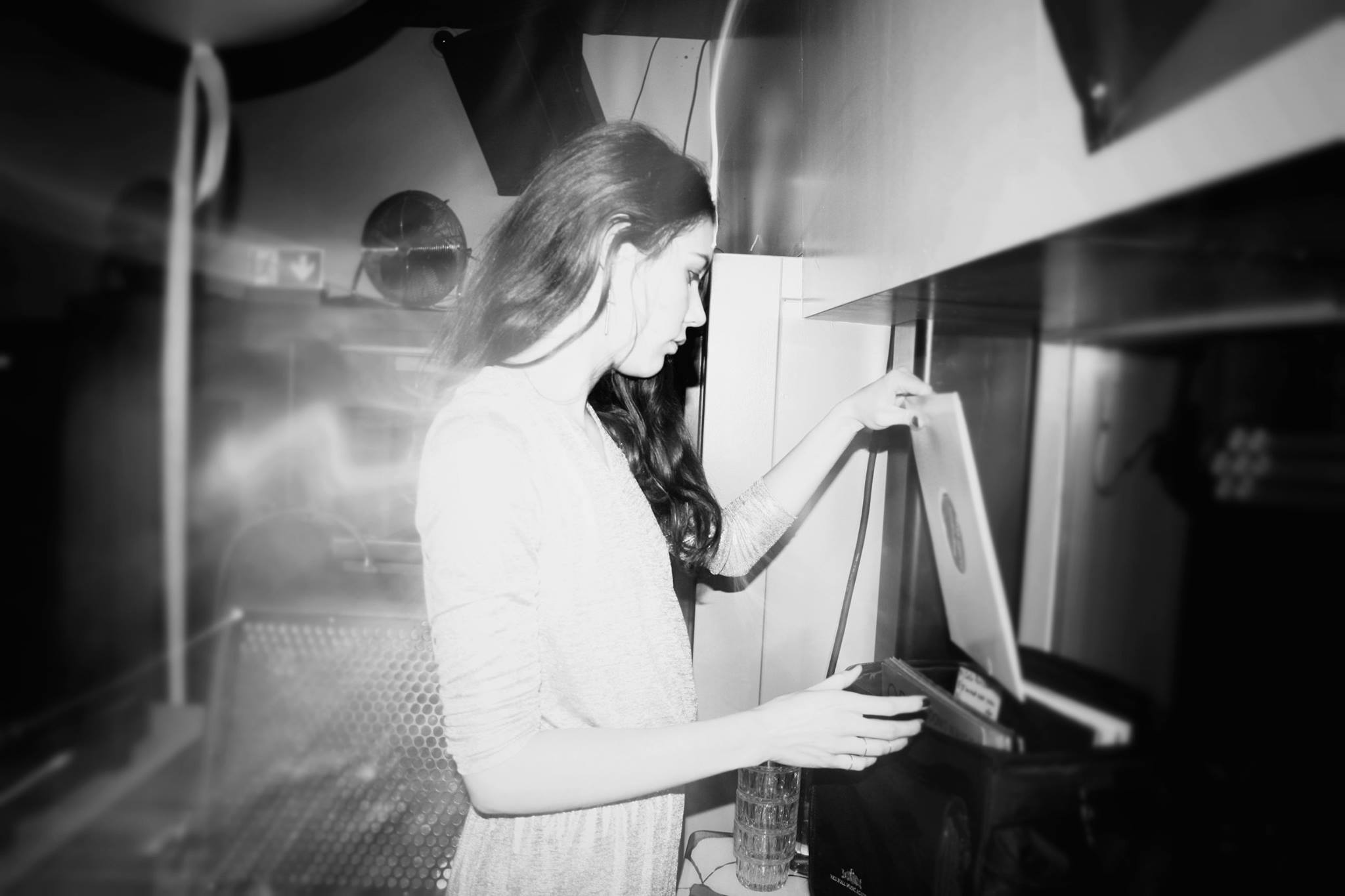 One last question about music production. Are you producing? If so, when are we gonna hear the first Kamma release?

Laura: Yes I just started producing last year! Bought an MPC and a Roland AIRA synthesizer. At this moment I’m just playing around with it. My mind is full of ideas and I have a lot of inspiration, but I need to learn a lot. I think it's a long way until I can translate my mind into a proper track. So I can’t tell you when its coming out, maybe it will never. I just go with the flow and try to learn new things everyday.